In accordance with Gov. Cuomo's executive order in regards to construction, we are still deemed essential as we provide maintenance for the infrastructure of a facility and maintain products within. Therefore we are still meeting the needs of our customers. For the most up-to-date information, please visit our Facebook page.

Please help us celebrate the anniversaries of both Foreman, Sean Fredricks and Senior Service Tech, Michael Coonradt.  Sean and Mike started within 3 days of each other in 2004. 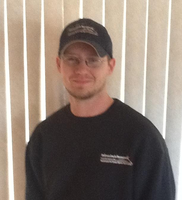 Sean has been with Adirondack Basement Systems since 2004, this is Sean's first and ONLY job.  Sean started as one of our installers, then was promoted to a service technician before becoming a foreman.  Sean is trained in both Basement Waterproofing and Structural installations.  Sean is a valuable part of our family and is GREATLY appreciated!

Michael Coonradt has also been with the Adirondack Basement Systems family since 2004.  Michael had experience in plumbing, general maintenance, and held several supervisory positions.  Michael is also certified in Hazmat Chemical Response.  With Michael's knowledge of plumbing and construction he became a HUGE asset to Adirondack Basement System.  Michael is our most sought after Service Tech!  Michael receives rave reviews from our customers and is currently in the lead of our WOW Service Program contest.

Thank you for celebrating with us and if you see Mike or Sean this month wish them a Happy Anniversary!