Two of our Basement Systems owners Kevin Koval from Adirondack Basement Systems and Todd Lutinski from DryZone Basement Systems have entered into the 2016 10th Anniversary Fireball Run.  The Fireball Run Adventurally series is the story of 40 rally teams as they compete in a legendary 2,000-mile, life-sized trivia game.  To win, they take the road less traveled in an epic quest for America’s under-discovered places and obscure historic artifacts- all while aiding in an awareness campaign called The Race to Recover America’s Missing Children.

Kevin and Todd have been assigned Team #23, and have taken the name CellarDwellers!  Each team is assigned a missing child from their hometowns, they are given flyers and put a picture of the child on both sides of the vehicle they will be using during the race.  The missing child that Kevin and Todd have been assigned is Brittany Barnoski.  Brittany was last seen in Albany, NY on March 3, 2015.  Brittany’s date of birth is August 30; 1999 she would now be 16 years old.  Brittany has brown hair, blue eyes, she is 5’5” and weighs 170 pounds.  According to the National Center for Missing & Exploited Children Brittany is a runaway.  She is believed to be in the Bronx, NY and may be a victim of human trafficking.  If you see Brittany or have any information on her whereabouts, please call 911 or 1-518-371-9621.  You can also scan the QR Code below to automatically dial The National Missing Child Center. 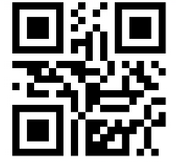 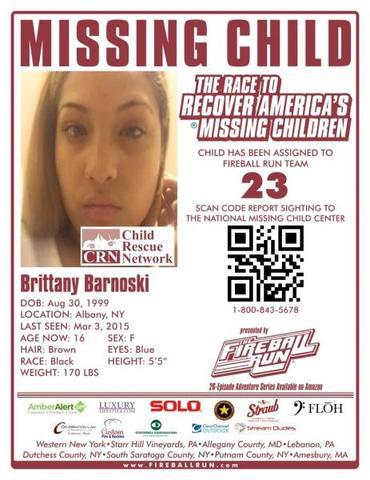