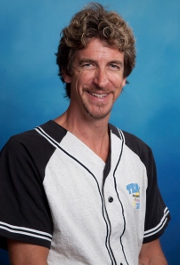 Saratoga Springs, NY -  Kevin Koval, the owner of Adirondack Basement Systems, has been locked up since Thursday December 16, 2010 for having too big of a heart-- he's spending time locked up at the Wheatfields downtown until his bail is met. This bail will then be donated to the Muscular Dystrophy Association (MDA).

The MDA's Lock Up event is a fun and unique event that involves the entire community and brings awareness to those who battle with Muscular Dystrophy (MD), Amyotrophic lateral sclerosis (ALS-- Lou Gehrig's Disease) and other such diseases. The bail money will be donated to the MDA to help with clinic development, research, support, and the organization of camps.

Adirondack Basement Systems services 11 counties in New York and extends into some parts of Massachusetts and Vermont. They offer crawl space and foundation repair, in addition to basement waterproofing in Delmar, NY and all surrounding areas. Contact them today!

Make a donation to the MDA and bail out Kevin Koval.

All the people who battle Muscular Dystrophy aren't alone in their battle. The MDA was created in 1950 to support those affected by MD. It's been able to continue providing its services because of the commitment from Jerry Lewis its national chairman, in addition to all the many other volunteers.